Total Household Net Worth As A Percent Of GDP 1Q 2014 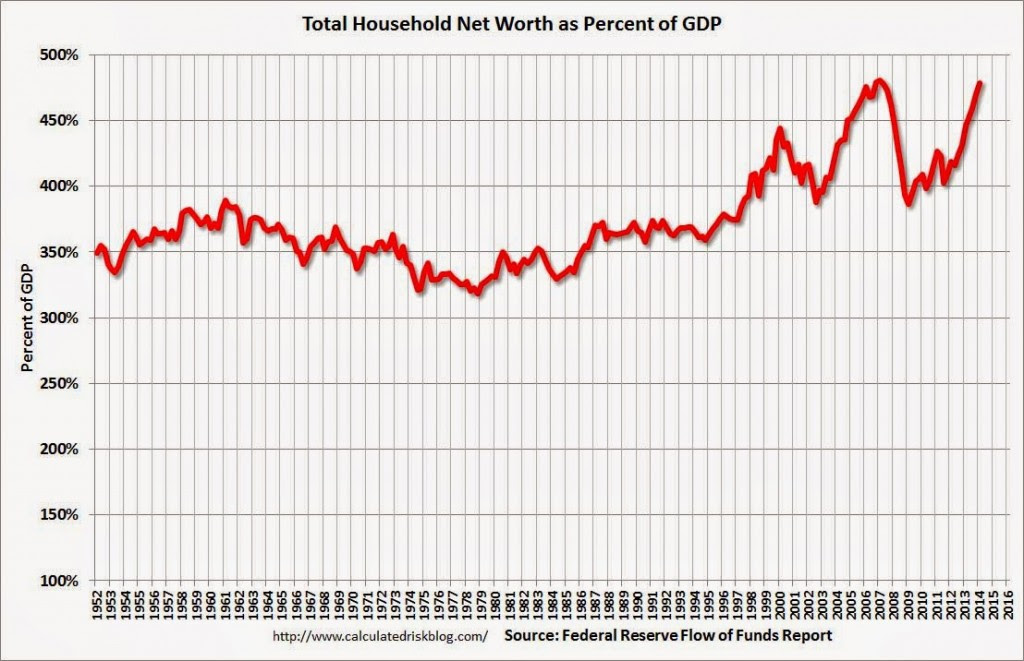 As I have written in previous posts on this Household Net Worth (as a percent of GDP) topic:

I could extensively write about various interpretations that can be made from this chart.  One way this chart can be interpreted is a gauge of “what’s in it for me?” as far as the aggregated wealth citizens are gleaning from economic activity, as measured compared to GDP.

_____
The Special Note summarizes my overall thoughts about our economic situation
SPX at 1940.46 as this post is written
Posted by Ted Kavadas at 4:59 PM

Email ThisBlogThis!Share to TwitterShare to FacebookShare to Pinterest
Labels: Household Net Worth